Sunday, March 15th , 18:00. The Big Debate.
Bev Goldman- the big debate MC and myself in last preparations, raising questions, thinking in which direction the debate will be conducted.
Background:
Following petitions, letters to the Jewish Report and other events I thought it is the right time to raise a true debate in the youth movements of South Africa (Bnei Akiva, Netzer, Habonim and Betar) about their stand of Zionism. How do they see it. How does their Ideology face the reality and situation Israel is facing.
More than that the Idea was to get the youth movements to learn, engage, study and deal with their Ideology concerning the current situation in Israel as well as stand in front of the community and take responsibility for their point of views.
We raised 4 questions which we sent to the youth movements:
- What is your stand towards the settlements
- What is your stand towards the 2 state solution
- What is your definition of Zionism
- How do you implement your ideology?
The youth movements discussed the questions and prepared for the debate.
We published an advert in the Jewish report and expected 50-60 participants.
At 18:00, nervous and stressed not knowing what will happen...
18:15 and the ground floor auditorium at Beyachad is full! 130 people packing the place! Great surprise for us...
The debate started on time. Some tried to avoid giving direct answers to the questions but Bev put them on the track.
An hour and a half later the debate ended. We all felt it was too short and we need a continuation. That will come in 3 months time. The youth didn’t leave the place until 21:00 and later...
All the youth movements have been given the opportunity to write a response to the Jewish report following the debate to clarify, explain and add to what they had to say about their positions.
All their letters are attached here and will be published next week in the Jewish Report.
We accomplished a full educational process:
- Everybody dug down deep into their ideology and discussed it.
- They confronted their and other ideologies and stands.
- They took responsibility and committed themselves in front of the community to their stands and ideology.
- They had an opportunity to respond publically.
Attached is the response as well as pictures from the debate 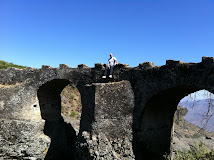